Breaking News
Home / Featured / Meet the castmates…. ‘The Real Housewives of Gqeberha’ coming to your TV screens in February

Meet the castmates…. ‘The Real Housewives of Gqeberha’ coming to your TV screens in February 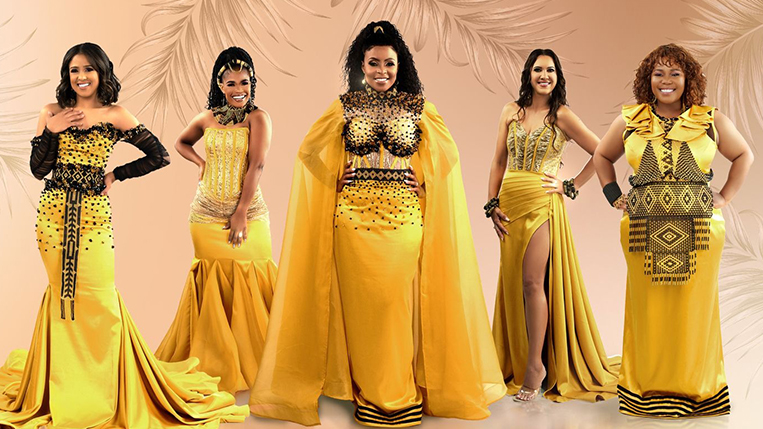 Multichoice has recently announced a new adaptation of the NBCUniversal-owned format  ‘The Real Housewives Of Gqeberha’ (RHOGQ) coming to 1Magic in February.

Set in a city known for its stunning coastlines and friendly residents, the cast of RHOGQ is ready to show you a side to Gqeberha that you’ve never seen before; one where the circles are tight and where the women bond through power.

Career-focused and fierce, when Norma isn’t running things as events planner at Nelson Mandela Bay Stadium, she’s a dedicated wife and mom. Married into Ghanaian royalty, Norma is the real deal when it comes to glitz and glam. She stylishly juggles many roles without breaking a nail – but will anyone dare come for her throne?

In-demand MC, high-end events planner, brand ambassador, former Idols SA contestant, award-winning businesswoman, and now, ‘Real Housewife’: to say that the charismatic Buli G’s CV is impressive would be an understatement. A highly connected social butterfly known for bringing the light into any room she enters – will her light be too bright for some in the cast?

A dedicated mom and socialite who loves jogging, Liz is a straight shooter. But beneath that bubbly exterior is a woman who is softer than she seems. Still recovering from the loss of her beloved husband, the construction project manager who sold her company for eight figures is navigating life as a widow. Her heart might be in the right place, but will her words land her in hot water with the group?

Self-proclaimed Gqeberha royalty, Unathi is no shrinking violet. As a successful salon owner and the wife of the city’s former mayor, she is comfortable in the public eye and having her every move watched. A gym lover whose social media pages are peppered with fitness snaps, she’s also a dedicated and doting mother. Will she be able to let her guard down with the other ladies?

The sweetheart of the group, fresh-faced Ashleigh is a wife and mom who works in the fabulously fast-paced fashion industry. But don’t be fooled: while she might be unassuming, she’s no pushover. With her family owning two of the biggest clubs in the city, she certainly has a wild side that might catch her castmates by surprise. How will they react when she lets her hair down?

“Since its debut in 2017, the local Real Housewives universe has been a hit with our audiences, bringing drama, wit and glamour to our screens. Each installment has been a hot topic of discussion for viewers, constantly trending online and keeping audiences engaged. We’re excited to expand into the city of Gqeberha, bringing fresh faces into a world our viewers love. We’re keen to see how audiences resonate with this newest installment,” says Shirley Adonisi, Director of Local Entertainment Channels at M-Net.